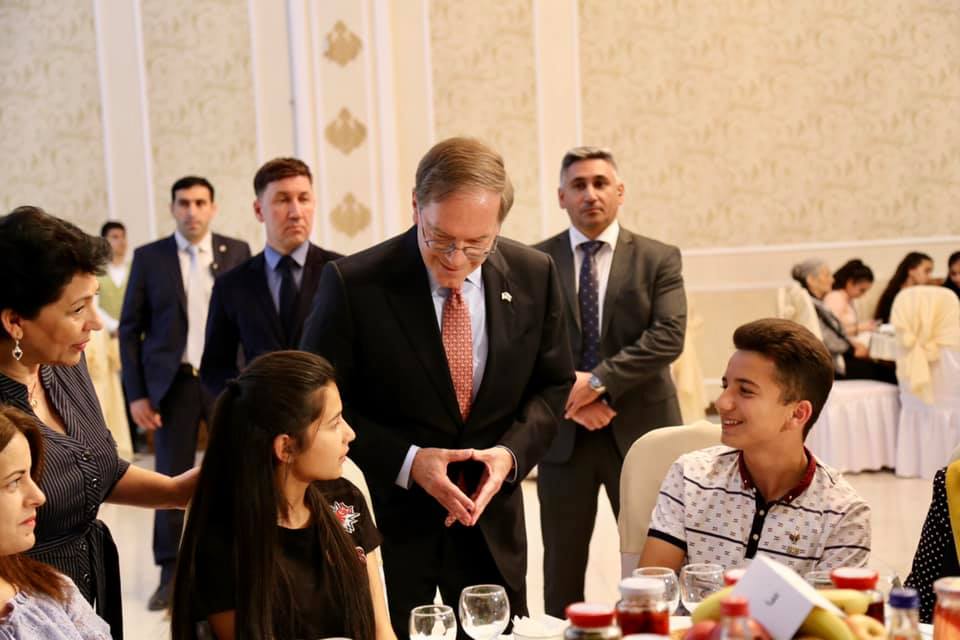 Ambassador Lee Litzenberger hosted an Iftar dinner for a community of Internally Displaced Persons in the Yeni Ramana settlement of Baku. Attendees included the families of children who participate in an Embassy-supported English language program at Shusha District Malibeyli Village School.

In his remarks, Ambassador Litzenberger said “Tolerance is important year-round, but during the time of Ramadan it’s especially important to reflect on how we incorporate this and other values into our lives, and the lives of our children.”

Ramadan has been observed in the United States for over 200 years, beginning with President Thomas Jefferson’s Iftar dinner in honor of Tunisian Ambassador to the United States, Sidi Soliman Mellimelli. Today, more than three million American Muslims come together during Ramadan to reflect on our common values of peace, charity and forgiveness.