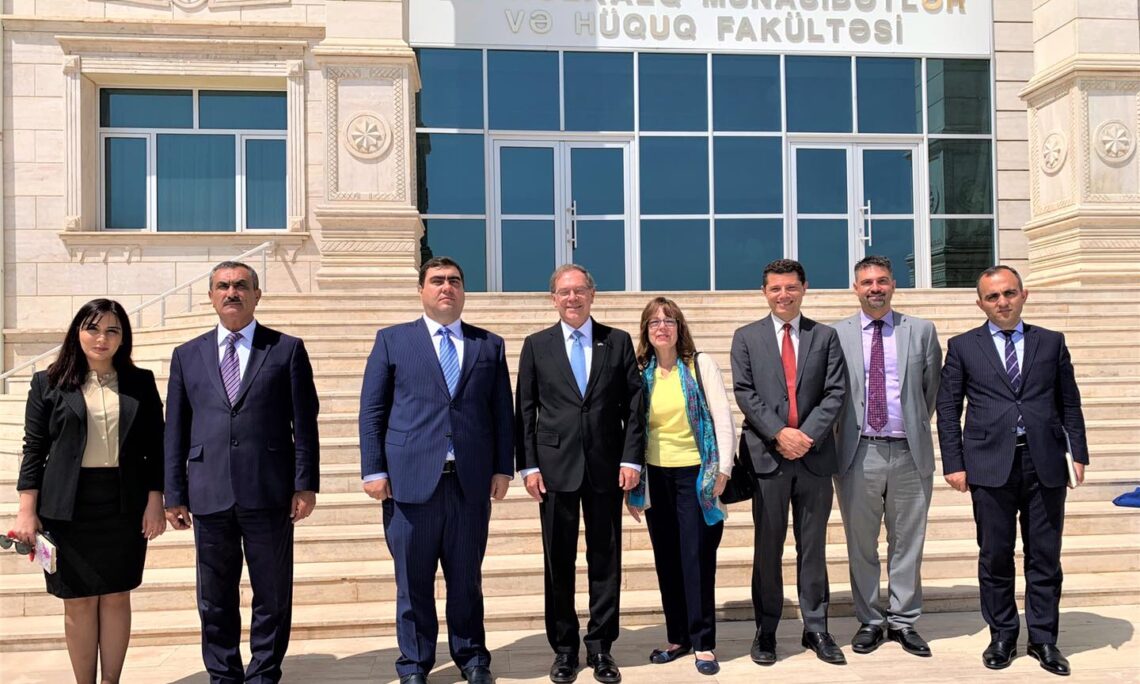 On Monday, Ambassador Litzenberger received a warm welcome for his first-ever trip to the Nakhchivan Autonomous Republic, where he met with local government officials, academics and recipients of U.S. funded grants and scholarships. During his visit, he has also visited some of Nakhchivan’s most important cultural and historical sites. The United States strongly believes in the enormous potential of the people living in Azerbaijan’s regions. We hope this trip will strengthen relationships between the people of the United States and Nakhchivan, and that it will encourage more Nakhchivanis to apply to participate in U.S. government exchanges and scholarships.