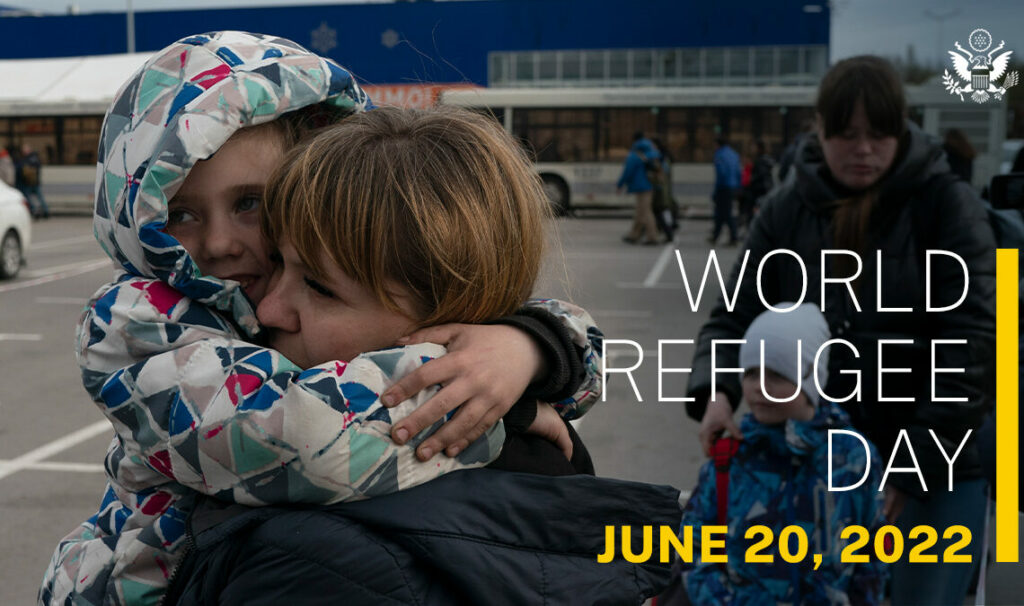 For the first time in history, the number of people forced to flee conflict, violence, human rights violations, and persecution recently surpassed 100 million.  This represents more than one percent of the world population.  This year alone in Ukraine, the war has displaced eight million in the country and caused more than 6.8 million to flee the country as refugees.

In Azerbaijan, many know all too well suffering of persons displaced by conflict and the challenges faced by the internally displaced persons (IDP) community.

The United States is the largest single provider of humanitarian assistance worldwide to people in need, including refugees, conflict victims, IDPs, stateless persons, and vulnerable migrants.  The United States is also a world leader in refugee resettlement, welcoming more than 3.5 million refugees into communities across the country since 1975.

Here in Azerbaijan, we invest in and support the IDP community.  For more than a decade we have invested in the IDP community, including via English language programs and development work by USAID.  As the resettlement process unfolds, we continue to support this community, and this work is even more important.

The United States supports the right of all displaced persons, including IDPs and refugees, to return voluntarily to their former places of residence throughout the world.  The United States has provided over $125 million to IDPs in Azerbaijan since 1992 and remains committed to supporting this community.  This assistance has included targeted support for children, such as the construction and renovation of schools, capacity building programs for youth, and English language programs for IDP communities.  Additionally, the United States is providing humanitarian demining assistance to Azerbaijan to help Azerbaijan’s efforts to bolster human security and enable displaced communities to return to their homes and rebuild their lives safely.

Last fall when I was in Ganja, I met with an inspirational group of young IDP students who are studying English at an Embassy supported American Corner.  Today, on World Refugee Day I think of them, and their futures.  I hope that we can all continue to advocate for the protection and assistance to refugees, internally displaced persons, and communities affected by conflict and disaster.