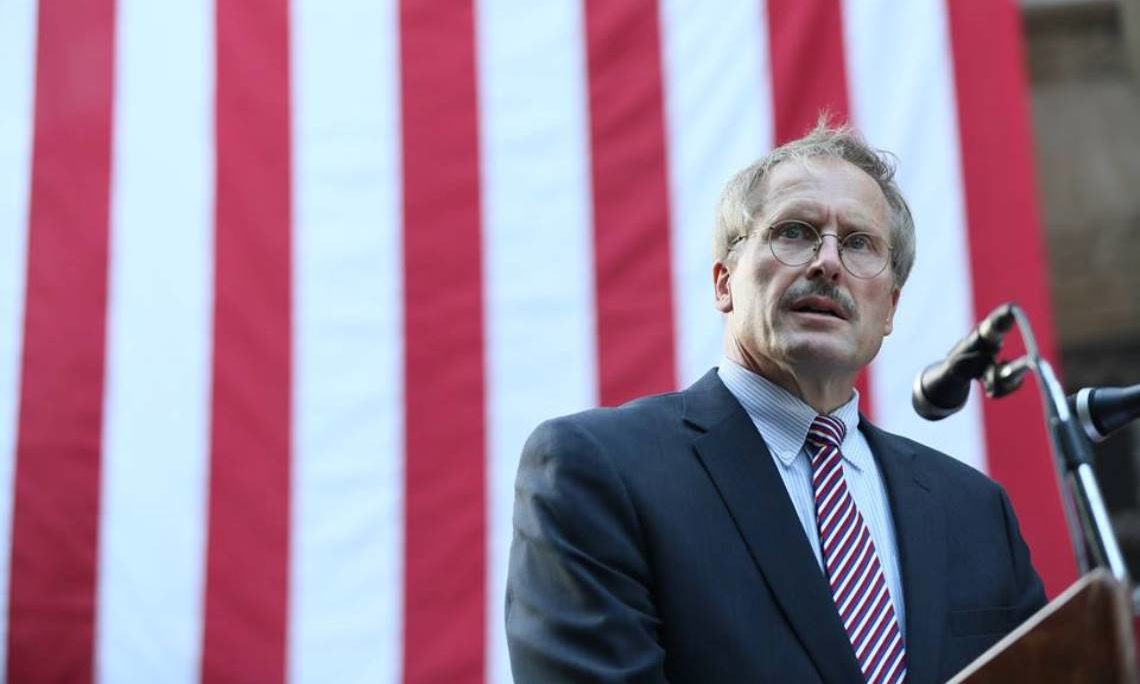 Mr. Minister, Excellencies, dear friends – welcome to our annual Fourth of July celebration. Thank you for joining us.

This year, we mark two important anniversaries: 240 years of American and 25 years of Azerbaijani independence. It’s a perfect time for our two countries to reflect on what binds us, on how far we’ve come, and on what we can accomplish working together.

The United States has stood by Azerbaijan since it regained its independence in 1991. Whether supporting Azerbaijan in bringing its oil and gas to world markets or helping Azerbaijan realize its vital role as a linchpin in the East- West and North-South transit corridors, the United States has been dedicated to helping Azerbaijan capitalize on its vast potential to build a modern economy and state.  We’ve worked as well to share our experiences to help Azerbaijanis build new institutions and a new democracy.  We remember and appreciate Azerbaijanis standing by us in international peacekeeping operations and sending soldiers with ours to Afghanistan, Kosovo, and Iraq.

As Azerbaijan has developed, so has our engagement. Since 1993, the United States has provided $1.3 billion worth of assistance to Azerbaijan. While once our support focused on providing humanitarian aid, we’re now partnering with Azerbaijan across a broad range of areas.

This March, when President Aliyev visited Washington, we laid the groundwork for further U.S.-Azerbaijan cooperation across the board: developing the agricultural sector; improving the business environment and prosperity; promoting entrepreneurship among women, youth, and disadvantaged populations; and increasing transparency and rule of law.  We signed and put into effect an Open Skies civil aviation pact. We are looking to revive and strengthen educational and cultural exchanges.

But on this occasion it is especially appropriate to think about the values that characterize us. As an American, I deeply appreciate Azerbaijan’s history of multiculturalism. Democratic countries – including the United States – need to maintain an open dialogue about the directions they need to take, about how they can improve.  Two-hundred forty years ago, our Declaration of Independence declared “all men are created equal,” but 187 years later in 1963, Martin Luther King, Jr., observed these words were a “promissory note,” and called on the nation to “rise up and live up to its creed.” The United States is still improving, and we’re today committed to a long-lasting relationship with Azerbaijan and its people as they too keep striving to be a strong, stable, democratic, prosperous, independent country.

Thank you all for coming and celebrating with us.