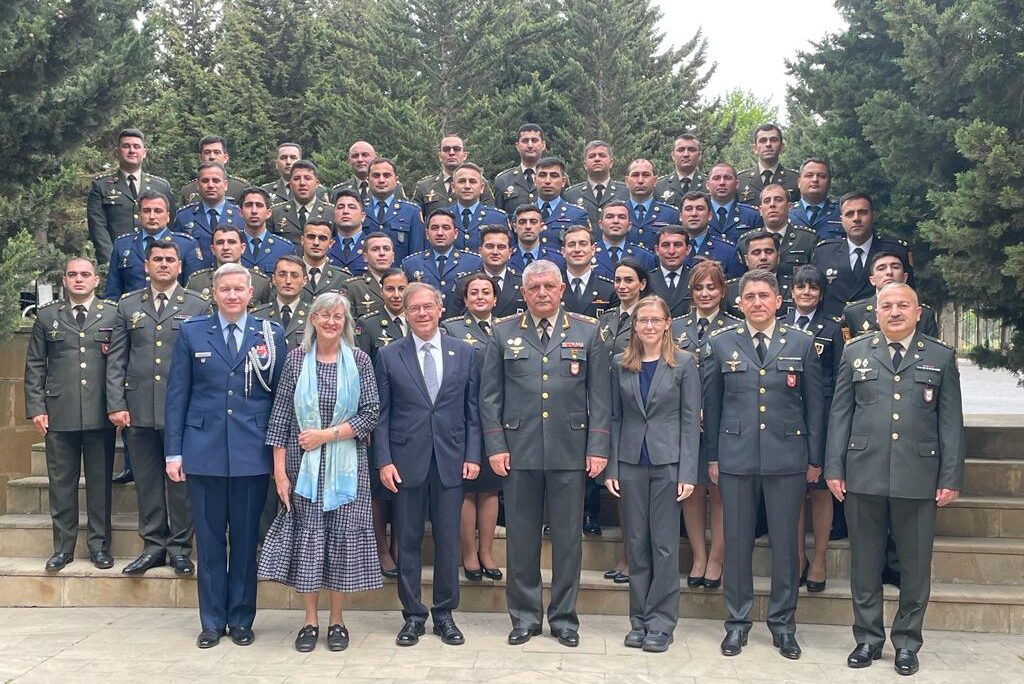 Ambassador Litzenberger remarked during the ceremony that English language training is the first step towards other opportunities for the graduating officers, including attending professional military education courses in the United States. Ambassador Litzenberger said, “We hope that by providing English language training and professional military education courses that we will continue to develop long-lasting ties of friendship with our Azerbaijani partners.”

Lieutenant General Haydar Piriyev said “Both the U.S. and the local instructors did their best to make the course successful.  I believe that the graduates will honorably represent our country in the international arena.  I would like to thank the instructors for their great contribution into these courses and the U.S. Embassy for the assistance in organizing English language training for the military personal.  This program will further strengthen the friendship between our nations.”