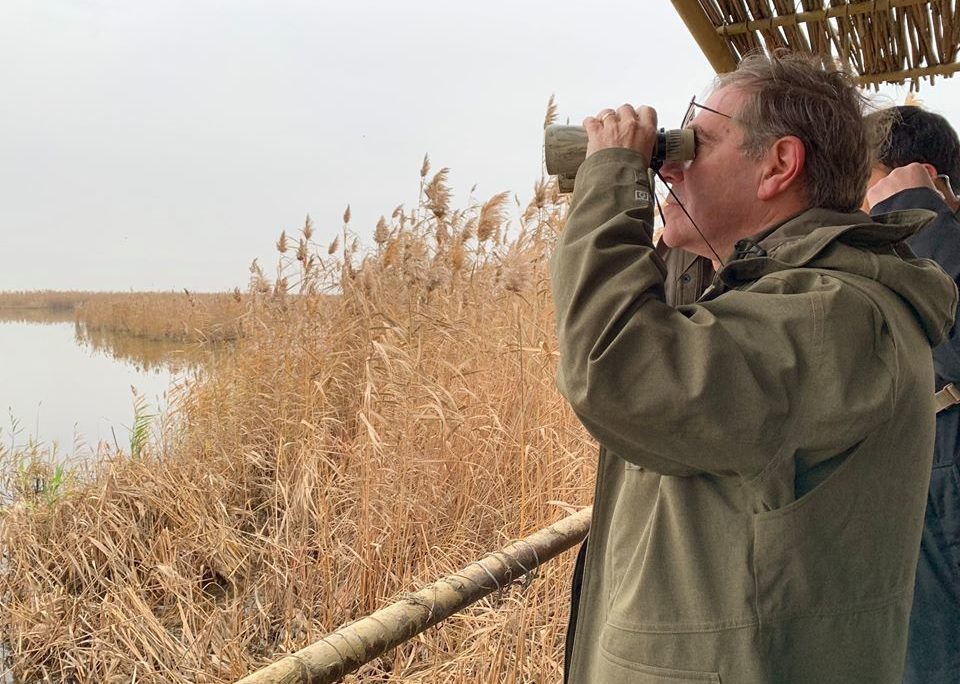 Last week Ambassador Litzenberger visited the Salyan region, where he explored Shirvan National Park and visited with local students at the Salyan American Corner. While at Shirvan National Park, the Ambassador was impressed to learn that the park is home to rare species such as Goitered Gazelles, listed in the Red Book of Azerbaijan, and the beautiful flamingos which migrate to spend part of the winter in the marshy areas of the park. The Ambassador noted the importance of protecting flora and fauna, for its own sake and also as part of Azerbaijan’s efforts to diversify its economy and develop tourism opportunities. During his time at the Salyan American Corner he met with primary and high school children, answering their questions about America and helping the students practice their English language skills.