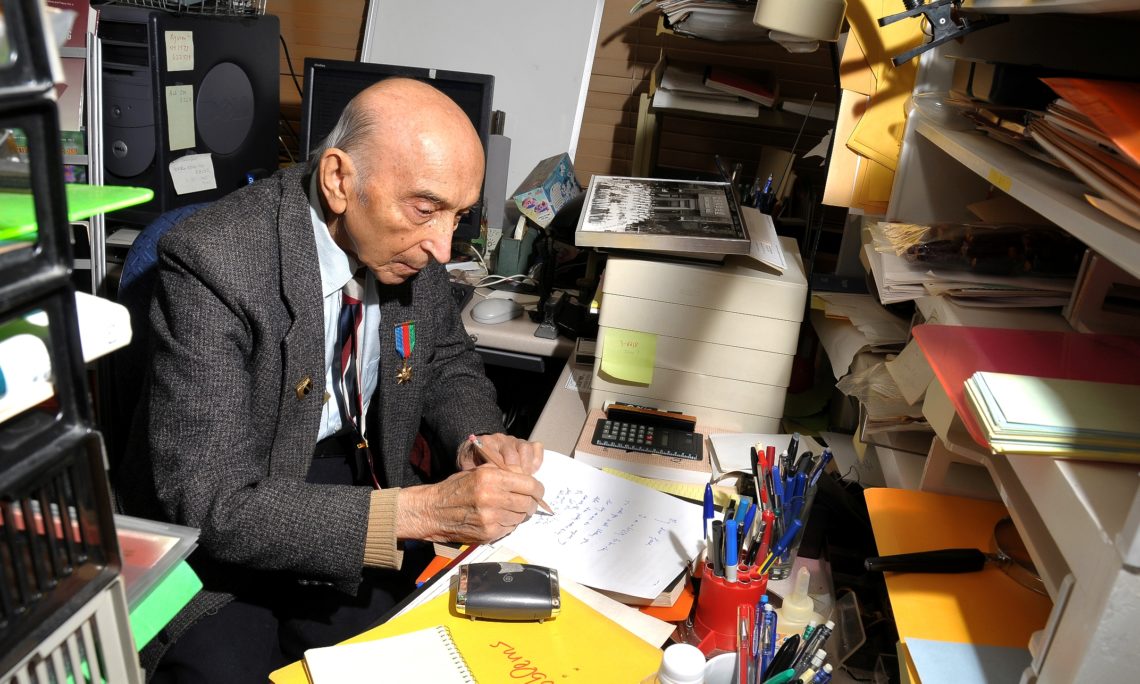 I approach the podium today with trepidation.  An amateur historian, a student of the liberal arts, a mathphobe, I have been asked to talk about one of the world’s great mathematicians, a man whose discoveries, whose imagination, whose thoughts have had an immeasurable impact within the fields of mathematics as well as electronics and computer science, and serves as the basis for a growing range of modern technologies.

Lofti Zadeh is a man whose creativity and achievements mean much both Americans and Azerbaijanis.  As the United States Ambassador to Azerbaijan I have been given the great honor to join all of you in this hall, all of you in Baku in commemorating Dr. Lotfi Aliasker Zadeh’s long, fruitful life and distinguished career.

A son of Azerbaijan, a son of Baku, Dr. Zadeh emigrated to my country and made extraordinary contributions to the United States and the world through his remarkable academic and professional life.  He received his Master’s degree in electrical engineering from the Massachusetts Institute of Technology in 1946 after traveling in 1944 to the United States to pursue advanced studies.  He earned a Ph.D. in electrical engineering from the celebrated Columbia University in 1949, was appointed assistant professor there in 1950 and promoted to full professor at Columbia in 1957.  After leaving Columbia for UC Berkeley in 1959, he became Chair of Berkeley’s Electrical Engineering Department.

It was at Berkeley and drawing on his experiences that Dr. Lofti Zadeh did his ground-breaking work in the area of fuzzy logic that helped forge solutions in many academic fields when imprecise data was available.  In recognition of his work, Professor Zadeh received more than 50 engineering and academic awards.  Also as the Chair of Berkeley’s electrical engineering department from 1963-1968, he was instrumental in shifting its focus towards computer science in 1968.  His vision then gave rise to one of the world’s top university computer science programs that has since affected modern life in multiple ways.  As the scientists and engineers in this room know, Prof. Zadeh’s work is repeatedly cited by those working in the field.  For us laymen, we know his work as the basis for numerous modern technologies, including facial recognition, consumer products, subway trains, and decision support systems.  While we may have lost Dr. Zadeh, his work will continue to benefit our lives.

Today, as we remember Dr. Zadeh, a shared son of both Azerbaijan and the United States, we note how his strong roots in this country helped shape his growth into a remarkable man of science.

Americans join hands with the Azerbaijani people to mourn the loss of Dr. Zadeh.  We proudly celebrate with you his long, very full life that benefitted and touched so many.  We join you in prayers that he enjoys eternal peace.