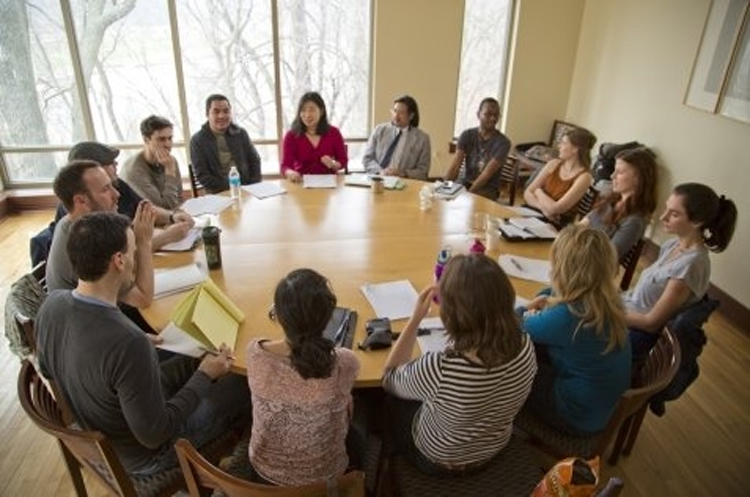 The U.S. Embassy is pleased to announce a call for applications from established and emerging writers of fiction, graphic novels, drama, poetry, and screenplays from Azerbaijan for the U.S. State Department’s prestigious 2022 International Writing Program (IWP) Fall Residency, to be hosted by the University of Iowa from approximately August 20 to November 8. The Fall Residency will bring up to a total of 35 emerging and mid-career writers from around the world to Iowa City for an immersive in-person twelve-week cultural exchange. IWP’s Fall Residency furthers participants’ professional development, understanding of creative writing, literature, publishing and U.S. societal values and facilitates interdisciplinary collaboration.

Program activities will provide international writers with opportunities to engage with the U.S. creative economy and culture and encourage American writers to connect with priority foreign audiences. IWP’s host institution, the University of Iowa, is also home to the world-renowned Iowa Writers’ Workshop. In 2008, Iowa City became the first UNESCO City of Literature (http://www.iowacityofliterature.org/) in the United States, the third such city in the world. Two IWP alumni—Orhan Pamuk of Turkey and Mo Yan of China—have received the Nobel Prize in Literature.

Eligible candidates should submit the below documents for the attention of the U.S. Embassy’s Cultural programs director, Fargani Aliyev at aliyevf2@state.gov with their full names and (IWP) Fall Residency in the subject line of their emails no later than March 16, 2022. Incomplete applications will not be considered.