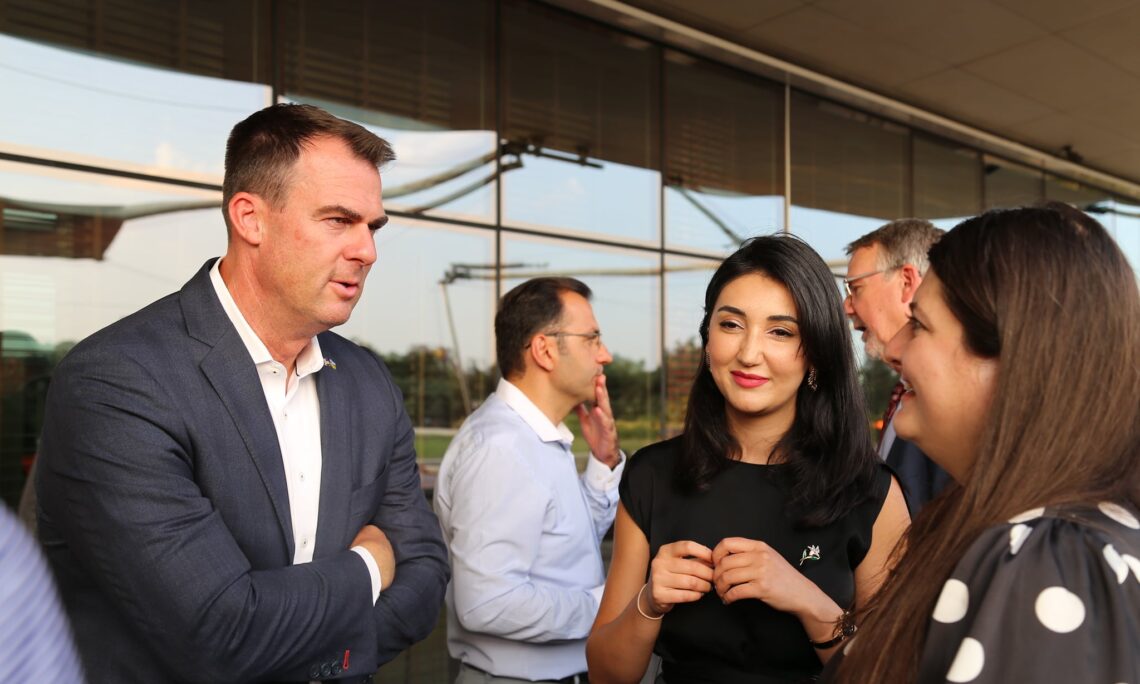 Members of the Embassy’s alumni community – including several who had studied in Oklahoma – enjoyed the opportunity to meet Oklahoma Governor Kevin Stitt at a special reception the Embassy hosted to bring them together. Governor Stitt remarked on how he had been told that Azerbaijanis contributions had enriched the classroom atmosphere at his state’s universities and said he looks forward to welcoming more Azerbaijani students to Oklahoma in the near future.