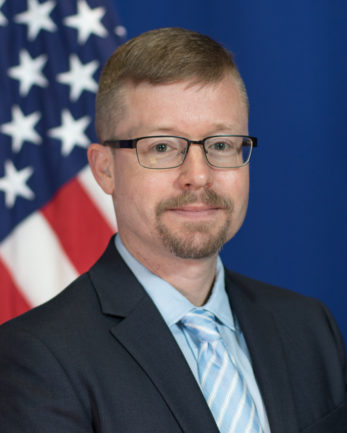 Michael Dickerson joined the Department of State in 2002.  Most recently he served as the Management Officer in Moscow.  Prior to that he served as the Management Officer in Baku from 2013-2015 frequently serving as the Acting Deputy Chief of Mission.  His other postings include Tbilisi, where he facilitated the first ever visit of a U.S. President to the Caucasus, as well as Vilnius, and Budapest.  He chaired the Technology Transfer Working Group while working in the Office of Conventional Arms Threat Reduction at the Department of State in Washington, D.C.

Mr. Dickerson has a B.S. in Engineering from Virginia Tech University and an M.A. in National Security from the Naval War College.  He is married and has two daughters.