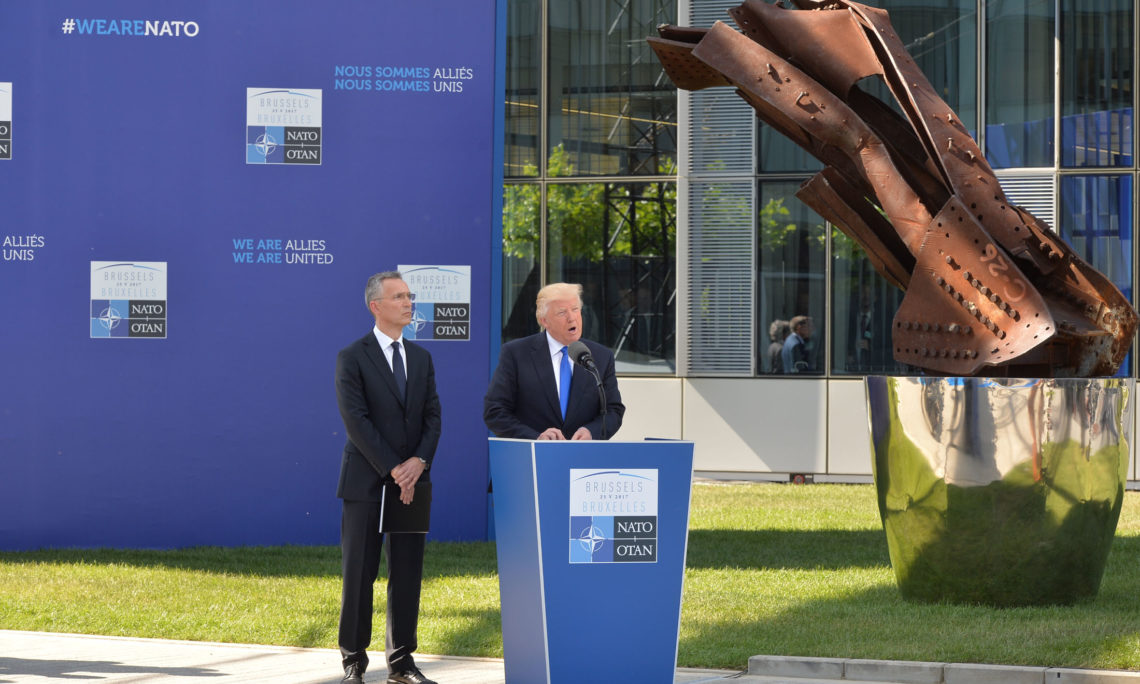 Remarks by Donald Trump, President of the United States at the unveiling of the 9/11-Article 5 Memorial

During his visit to Brussels, President Donald J. Trump visited the 9/11 Memorial at NATO headquarters. The Memorial – a steel beam from the 107th floor of the World Trade Center’s Tower in New York City – commemorates the support America’s NATO Allies and partners offered after the terrorist attacks on September 11, 2001. The Twin Towers Memorial transported to Brussels with support from the Department of State, now stands at NATO headquarters as a reminder of the ironclad bonds linking the United States and its NATO Allies.