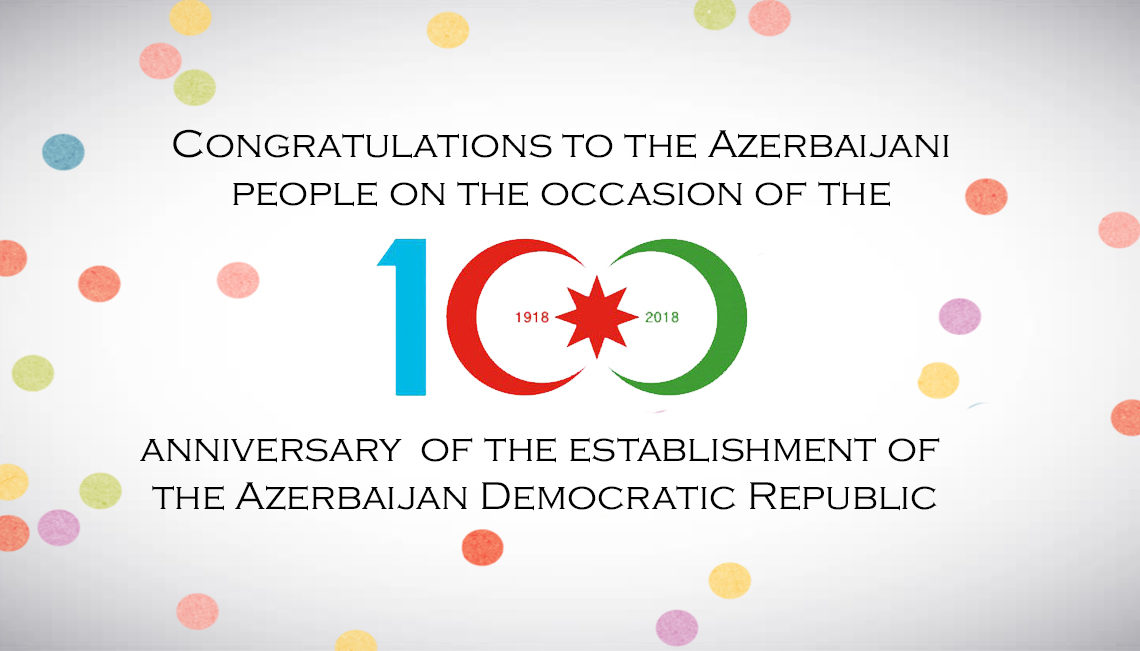 On behalf of the Government of the United States and the American people, it is my pleasure to congratulate the Government and people of Azerbaijan on their Republic Day.

2018 marks the 100th anniversary of the founding of the Azerbaijan Democratic Republic, which was the first Muslim-majority parliamentary republic, and one of the first countries in the world to grant women the right to vote.

Since the restoration of Azerbaijan’s independence in 1991, Azerbaijan has been a valued partner of the United States. We look forward to continuing our longstanding cooperation and deepening our work together on security, energy, and democratic governance and to further strengthen ties between our countries.

We also remain committed to finding a peaceful resolution of the Nagorno-Karabakh conflict, and urge the parties to resume intensive negotiations as soon as possible.