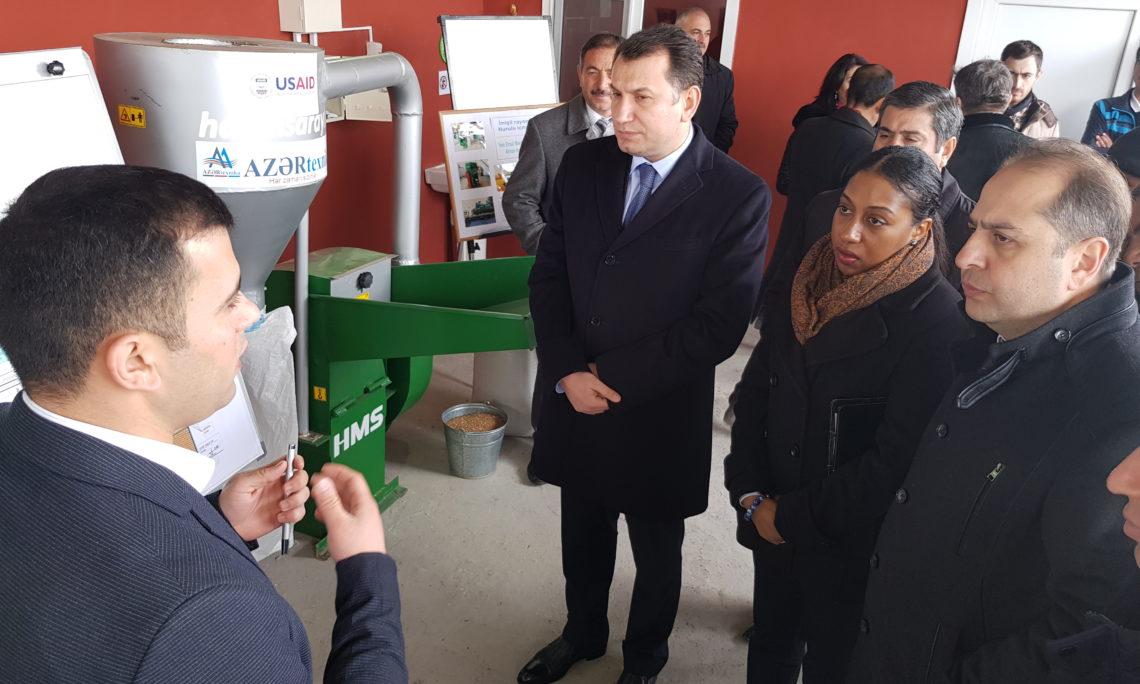 Today, thanks to joint efforts between the governments of the United States and Azerbaijan and local citizens, residents of the villages of Nurulu and Shahverdili in the district of Imishli celebrated the completion of feed and seed-grinding centers that allow local farmers to make their own affordable animal feed for their cows and poultry. Even though many villagers grow their own clover, corn and barley, before the feed-grinding centers they would have to travel long distances to the nearest city to grind their feed. Local residents now can use their own crops to make feed for their animals in their own communities.

These new centers will help save the time, money, and energy of the nearly 600 families in these agricultural communities whose livelihoods depend on livestock. The idea for the centers came from the communities themselves, who formed a council of local leaders to develop the project. The American people, through USAID, and the Government of Azerbaijan co-financed the construction of the feed-grinding centers, which was managed by the East-West Management Institute (EWMI).

Together the United States and Azerbaijan have completed 116 community projects in 101 Azerbaijani communities, 62 in the Aran region alone. These projects have benefitted more than 189,000 people. The projects are made possible by assistance provided by the American people, through USAID, and are implemented by the East-West Management Institute (EWMI). EWMI promotes cooperation between citizens, civil society organizations, and the government to develop their communities and improve quality of life in rural areas.