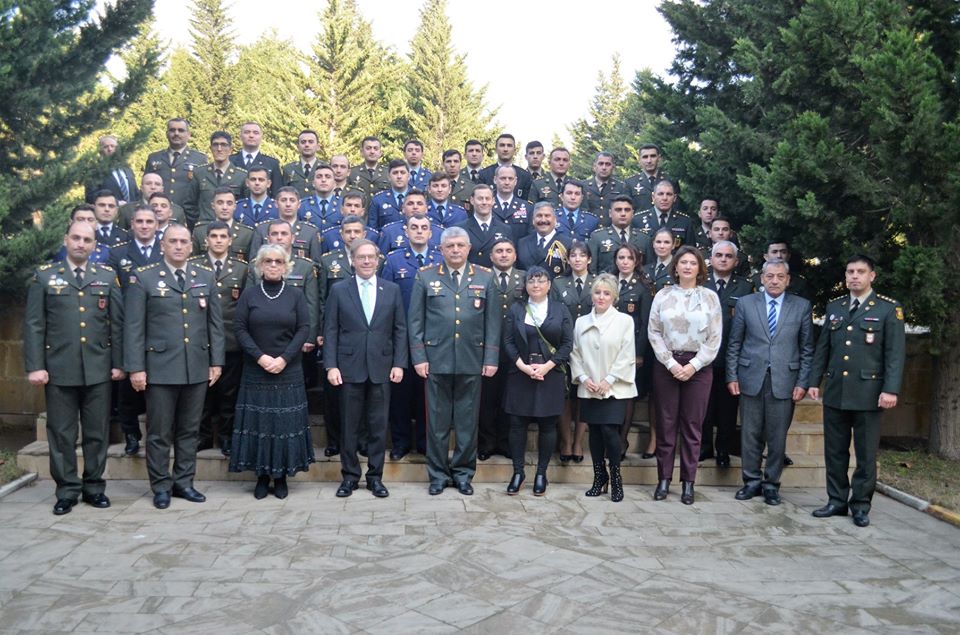 Ambassador Litzenberger joined the celebration of the conclusion of a U.S. Department of Defense-supported four-month English-language course for officers of Azerbaijan’s Armed Forces. This was the fourteenth time that the United States Defense Language Institute (DLI) provided English-language training via Mobile Training Teams for the officers of the Ministry of Defense and the fourth time the DLI offered the course in cooperation with the Azerbaijan Armed Forces War College. The students’ enhanced language skills will play an important role in facilitating cooperation between the Azerbaijani and American armed forces, as well as in greater NATO interoperability. Congratulations to the graduates!